Yakit provides end-to-end tracking for international shipments that enables the shipper and the recipient to know exactly where their shipment is at any point along its route.

Yakit's tracking is normalized, which means that the various tracking events coming in from different carriers and partners with their own terminology are translated to a standard set of events: 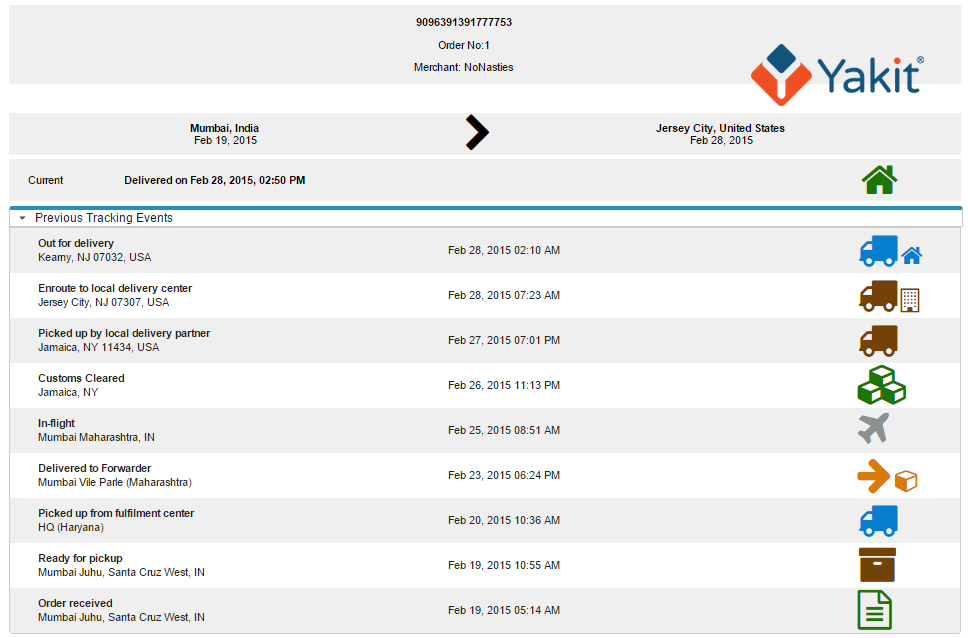 With Yakit’s end-to-end tracking, the merchant can forget the hassles of calling up airports at odd times to find out if shipments are stuck at customs or lost during transit on the road. To customers, this means knowing exactly when their package will arrive at their doorstep.

Along with normalized tracking events, Yakit's data-driven VDN also enables merchants to know the exact location of their shipment and the time in the local destination when the shipment cleared each of these checkpoints.

Here's a short video to tell you more. 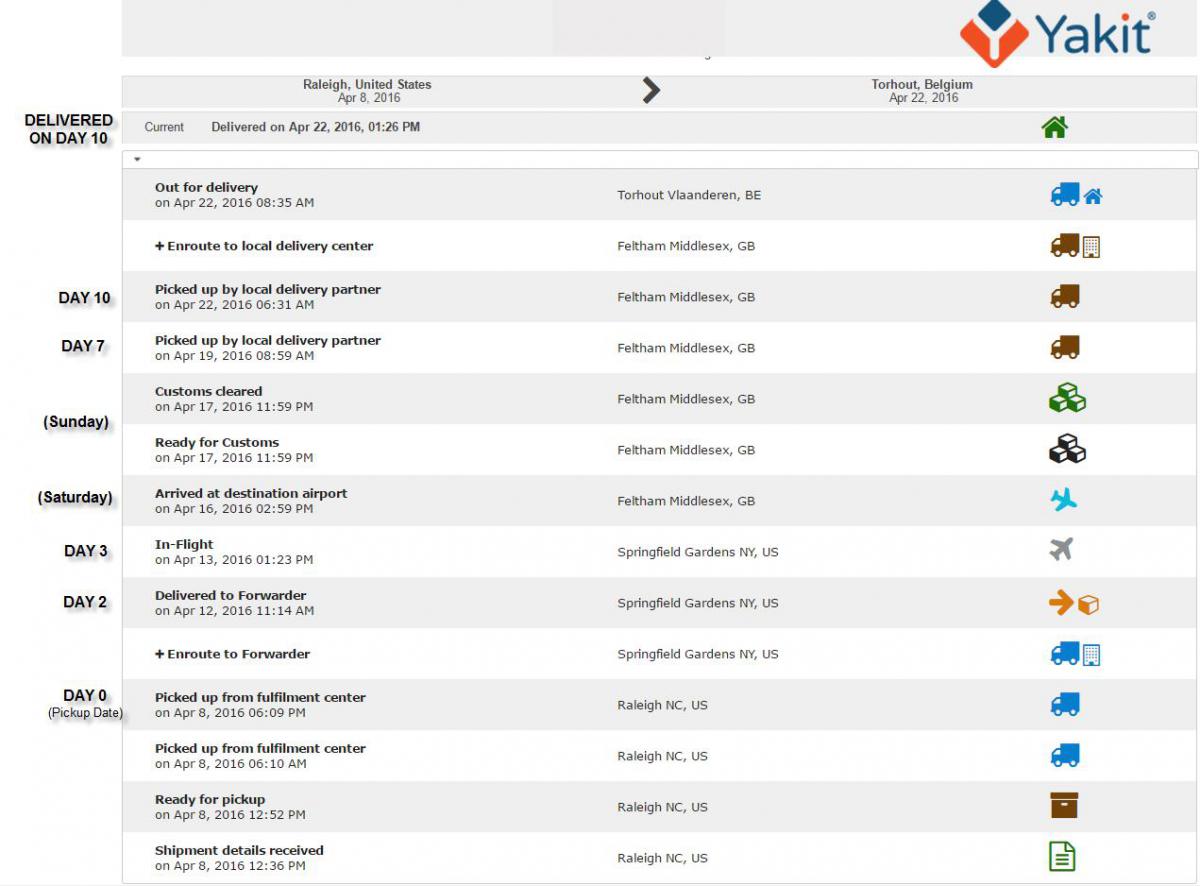